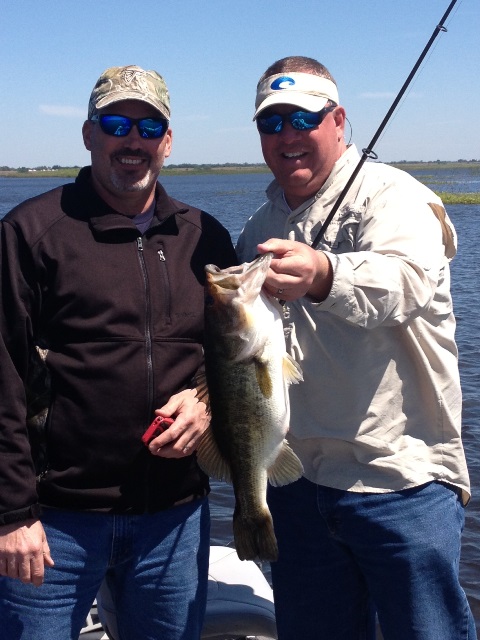 The last two weeks have been awesome to say the least. Whether it’s largemouth bass, crappie, or the occasional sunshine bass fishing has been 2nd to none. Most days are starting out fast and furious with 20+ fish in the first hour or so and we have been very fortunate to catch some big girls as well. My recent trips have all had great success with wild shiners and I even went crappie fishing one afternoon and caught 15 really nice crappie in two hours.

3/21/13 Eric and Eric from GA fished with me catching 22 fish in the first 45 minutes. Although none of these fish were the Big “O” giant we were looking for we still had a blast catching solid 3 lb fish. Late in the morning we made a moved as fishing slowed and the wind picked up and we found another group of BIG FISH. Both Eric’s caught some really nice fish and we had a great time together catching 50 fish and sharing many fishing stories. I can’t wait to get these guys back down here on the Big “O”.

3/19/13 Pat, Pat, and Jacob jumped aboard with me and we had a awesome day with Pat catching a 6 lb fish with his first shiner and then followed it up by catching a 8 lb Lake Okeechobee giant just a few minutes later. Everyone on the boat caught numerous fish and some really nice fish as well. We ended the day at 1 pm and put 71 fish in the boat with 12 fish 4 lb and bigger. What a great day with great people. Waiting on some pictures, will post ASAP.

Check out the pictures below. The last two weeks have been a blast and I can not wait for the next several weeks because I feel as though the fishing is going to keep getting better and better. Until next time Capt. Blake Marsocci 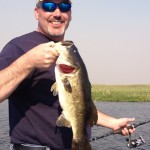 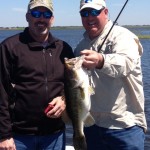 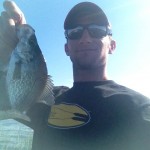 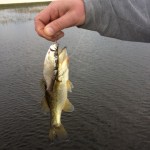 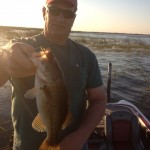 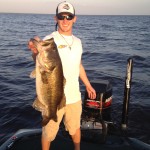